Will hydrogen fuel be the next big aviation disruptor?

The European Union has earmarked 20% of its COVID recovery fund towards hydrogen as the world looks to ramp up its efforts in the fight against climate change.

With the aviation industry facing more scrutiny than ever before, can hydrogen really be the answer to our industry emissions problem?

As far back as the early 1980s the USSR was flying a commercial airliner using nothing but hydrogen fuel. 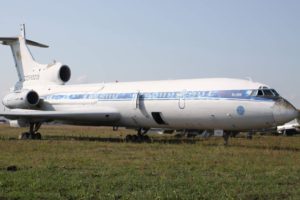 Today, hydrogen is proving its commercial viability at companies like Amazon and Walmart, who have embraced the use of hydrogen fuel cells in their warehouses and storage facilities and in the use of their forklift trucks.

The gap from concept to commercial use is, therefore, already being closed.

But the big question today is how do we get hydrogen into aviation?

There’s certainly no shortage of appetite for it.

The chance to offer passengers genuine carbon neutral air travel could be one of the biggest consumer prizes since we started the company back in 1958.

And with the technology now maturing to a point where hydrogen could become efficient and affordable enough for commercial air travel by the middle of this decade, it looks like this is the direction the industry is heading in.

For the first time ever, jet fuels days are looking numbered.

Businesses are currently working out ways to move hydrogen around the globe to meet the demands of the industry.
Indeed, logistics is currently seen as one of the biggest barriers at this stage.

Placing the hydrogen into modular capsules and transporting them as dry freight is how the industry anticipates solving this problem.

Modular hydrogen capsules will be shipped around the world on planes, trains, and ships to service the needs of growing aviation, allowing human beings to continue moving freely around the world without producing the emissions we have up until not thought necessary.

How far from hydrogen air travel are we?

The people at the forefront of this disruptive new technology expect to see this technology being used in the regional aviation sector by the middle of this decade.

As the sector represents such a significant segment of the aviation industry, decarbonizing short flights (up to approx. 1000 miles) promises to have a huge impact on carbon emissions in the industry.

The hope is that this will propel hydrogen fuel use forward to the point where it is widely used in single isle aircraft (representing the bulk of all commercial air travel) by the mid-2030s.

Will this change aerospace fastener technology?

One of the other great positives about hydrogen is that it is already a very lightweight product. This is of the main reasons why it is pulling ahead of battery powered electric aircraft as the industry seeks a solution to jet fuel replacement.

Another exciting factor is the possibility of integrating hydrogen use into existing flight stock, essentially changing the fuel that powers aircraft without having to change too much of the aircraft itself.

As a manufacturer and wholesaler of aircraft fasters for over 50 years we have seen many exciting new changes and innovations during this time. Yet we think that the idea of completely emissions free commercial air travel may be the most exciting yet.