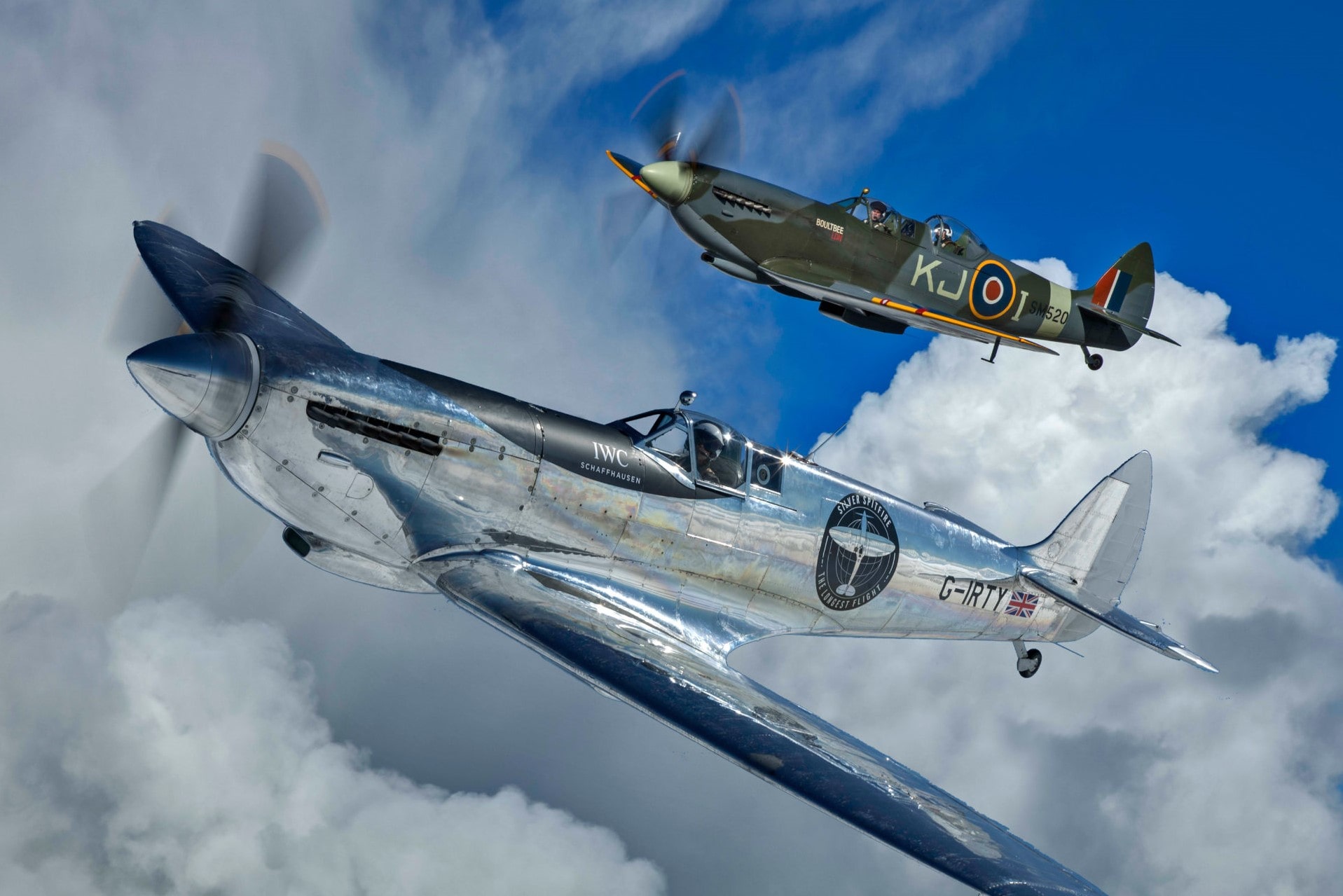 On the 5th of December, the Silver Spitfire was escorted by two red arrows, back home to England in triumph. It had completed its astounding challenge. The 1943 Mk.9 Spitfire was piloted over 22,000 nautical miles on the Longest Flight expedition, circumnavigating the globe over a three-month period.

We wrote about this daring escapade back in September just before the Spitfire took off. The team back then were excited about the challenge – but equally, they were understandably nervous. An aircraft of this design or nature had never been flown so far in a single trip – pushed to its engineering limits.

However, after a few setbacks – including mechanical issues and even a typhoon they were welcomed home victorious at the beginning of December.

The expedition will reunite the Spitfire with many of the countries that owe their freedom (in some way) to the Spitfire’s aerial excellence.

The aircraft’s unmistakable shape and sounds that once inspired nations will grace the skies again in the hope of inspiring future generations more than 80 years after Mitchell’s timeless design first graced the sky.

The aircraft was pushed to its very limits throughout the trip, completing a route that has never been attempted before – especially not in a single-engine aircraft.

Their route took them through 29 countries including Greenland, Canada, USA, Russia, Japan, Asia – with stops in Vietnam, Bangladesh, Kuwait, Myanmar, Egypt, United Arab Emirates, Europe, and many more, before finally completing the circumnavigation and returning back home, to England.

In each location, they were warmly welcomed by excited locals eager to catch a glimpse of this iconic aircraft – the Spitfire.

In several locations, they were even greeted in the air by local defence forces, and even spent some time flying alongside some of the most iconic modern and historic aircraft.

You can learn more about their journey here: https://www.silverspitfire.com/latest-news/

It wasn’t all plain sailing – or flying,I should say – with mechanical issues, and weather delays setting them back on several occasions. Not to mention the sheer exhaustion of the team with nerves fraying under the intense pressure.

Why did they do it?

This Silver Spitfire expedition promotes British heritage in engineering excellence as well as bringing to the forefront of peoples’ minds an aircraft that changed the course of history.

The Spitfire is an embodiment of aerospace engineering and an iconic emblem of freedom that turned the tide of several key aerial battles throughout WWII.

This trip also aimed to commemorate a full generation of intrepid aviator explorers.

There are 80,000 rivets in a spitfire. Each piece needed to be precision crafted to the highest standards. We are specialists in our field and were honoured when we got the opportunity to be a part of the rebuilding of this incredible aircraft.

Our historic fasteners were used throughout the restoration of the Silver Spitfire – quite literally holding it together.

We are proud to have been involved in such a momentous project that is doing so much to bring back to the public eye the historic symbol of freedom that is the Spitfire.